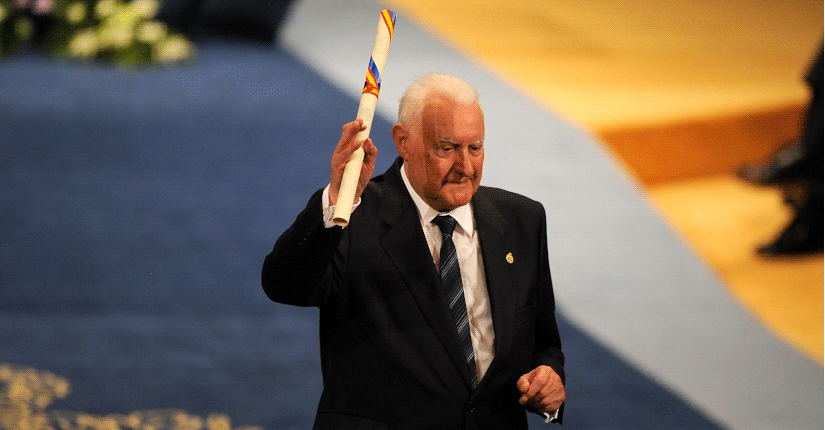 As stated in the Minutes of the Jury, he was granted the Award for “Joseph Pérez has specialized in the study of the Spanish monarchy and Spanish society and culture in the modern era. His work has revolutionized our way of interpreting episodes that are crucial for understanding the history of the West and Spanish American independence. Both heir and excellent successor to the Annales school of French Hispanic studies, he has contributed to dismantling many prejudices about the institutions and conflicts of the time, enriching the analysis of European history.”

The Awards Ceremony, which took place on 24th October, and was presided over by HM King Felipe VI, the then Prince of Asturias. Besides the address by His Majesty, the speeches at the ceremony were given by Caddy Adzuba, Joseph Pérez, John Banville, Avelino Corma y Matías Rodríguez Inciarte, then President of the Prince of Asturias Foundation.