Ordinary meeting of the Princess of Asturias Foundation Board of Trustees

Held today at the Reconquista Hotel in Oviedo 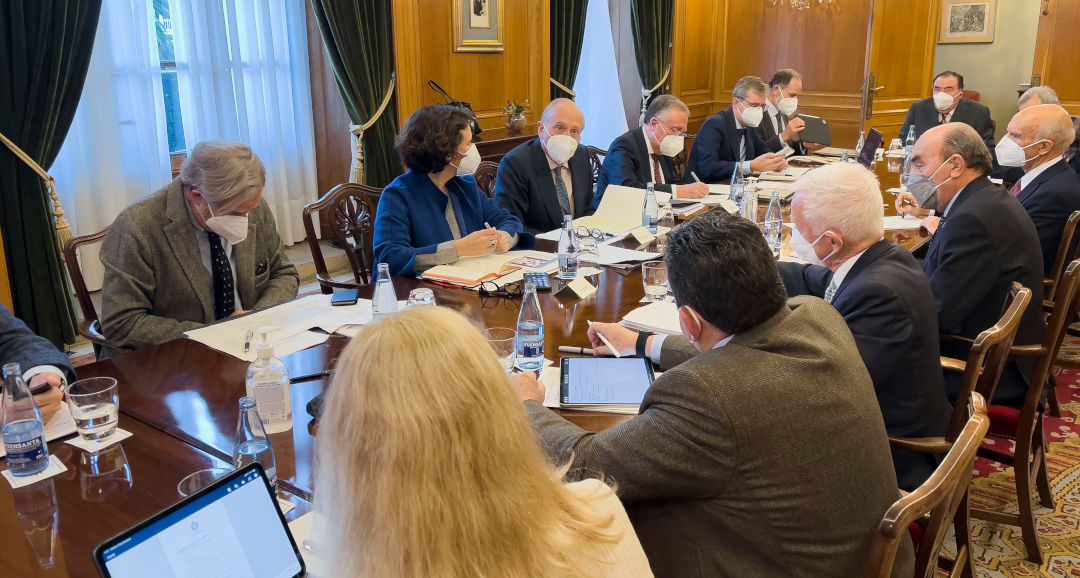 The Princess of Asturias Foundation Board of Trustees held its ordinary meeting corresponding to the second half of the year at the Reconquista Hotel in Oviedo today, where it approved the budget and action plan for 2022 and was informed of the activities undertaken this past year and of the institution’s financial situation and assets.

The Foundation’s president, Luis Fernández-Vega, and director, Teresa Sanjurjo, gave a detailed account of the activities undertaken by the Foundation throughout the year, focussing especially on the Princess of Asturias Awards Ceremony and the cultural events leading up to this event, as well as the impact all these activities have had in the media.

The report includes information on participation at the cultural events organized around the Awards Ceremony held last October, attended by more than 19 000 people (almost 12 000 in person and more than 7000 online), as well as an economic evaluation of the news generated by the Foundation in the Spanish media during said month, which amounted to 24 921 644 euros according to data provided by media monitoring consultants Kantar Media.

The Board of Trustees unanimously approved the action plan and budget for 2022, amounting to 5.3 million euros, a figure that once again reflects the institution’s budgetary independence, with 85% of its income coming from the private sector and 15% from the public sector.