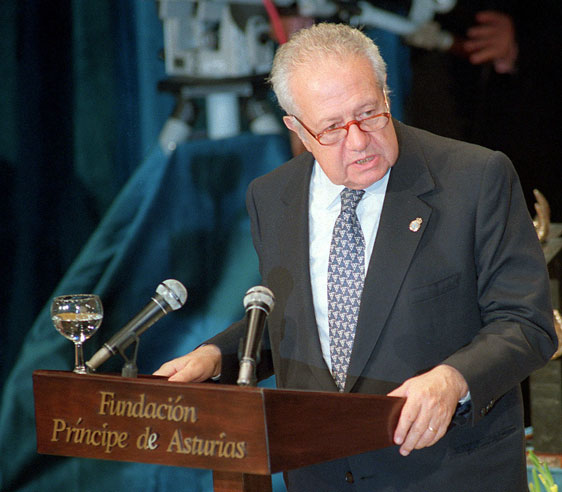 Extraordinary and constant labours during all his political life in the field of international co-operation, in such aspects as the overseas colonisation process; the subsequent re-establishment of fraternal links between Portuguese-speaking countries; his activity in the development of the European Union; his consolidation of Portugal's role within the Latin-American Community of Nations; as well as his constant efforts to clarify and tighten the links between Portugal and Spain.