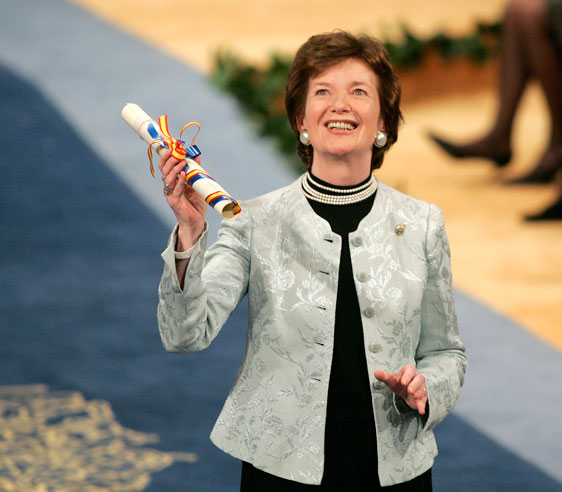 In 1990, she became Ireland´s first female president, holding the post until 1997, during which time she was prominent for her defence of human rights. She was the first female head of state to visit Rwanda in the wake of the genocide, and whilst there met with representatives of different organisations and United Nations´ human rights observers.