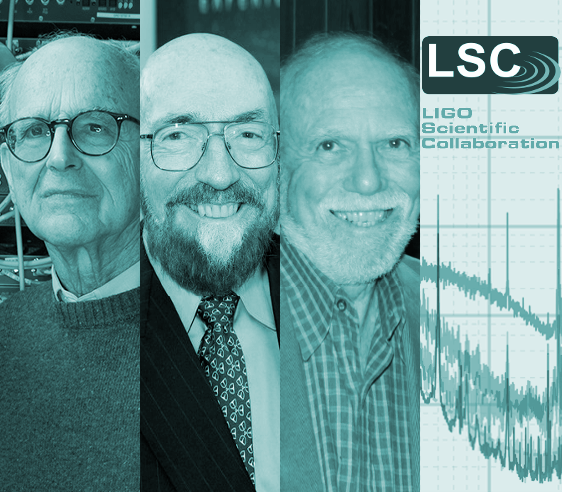 In the 1980s, physicists Rainer Weiss, Kip S. Thorne and Ronald Drever (who died in March 2017) proposed the construction of the Laser Interferometer Gravitational-Wave Observatory (LIGO) for the detection of gravitational waves –‘ripples’ in the fabric of space-time– predicted by Albert Einstein a century earlier in his General Theory of Relativity. Between 1997 and 2006, the observatory was headed by physicist Barry C. Barish, who in 1997 promoted the founding of LIGO Scientific Collaboration (LSC), which has brought together researchers from universities and institutions from all around the world. The LIGO detectors began operating in 2002 and, thirteen years later, LSC announced the first detection of gravitational waves originating from the merger of two black holes of hitherto unknown characteristics, constituting a milestone in the history of physics by confirming Einstein’s prediction and marking the beginning of a new field of astronomy, namely gravitational-wave astronomy. This discovery is considered one of the most important scientific achievements of the century as it validates one of the pillars of modern physics –the General Theory of Relativity– while opening up a new window through which to observe the Universe. Following the discovery, Ronald Drever, Kip Thorne and Rainer Weiss were jointly honoured in 2016 with the Special Breakthrough Prize in Fundamental Physics (shared with the team that contributed to the scientific paper), the Gruber Prize in Cosmology (USA), the Shaw Prize in Astronomy (Hong Kong), the Smithsonian American Ingenuity Award in Physical Sciences (also shared with Barry C. Barish) and the Kavli Prize in Astrophysics, awarded by the Norwegian Academy of Sciences and Letters, the Kavli Foundation (USA) and the Norwegian Ministry of Education and Research.