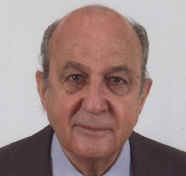 Born in Mexico to Asturian immigrants, he lived in Spain since 1966. A businessman, he had a Doctorate in Economics from the Mexico Autonomous Institute of Technology.

He founded Grupo Vips, one of the most important restaurant companies, in 1969.

He was an associate member of the San Fernando Royal Academy of Fine Arts, a member of the board of trustees of the National Museum Centro de Arte Reina Sofía, a founding member and member of the executive committee of the Foundation for Help Against Drug Addiction, and trustee emeritus of New York’s Metropolitan Museum and Boston’s Tufts University.

He owned an important art collection and he was president of the Prado Museum’s Royal Board of Trustees since 2007 until 2012.